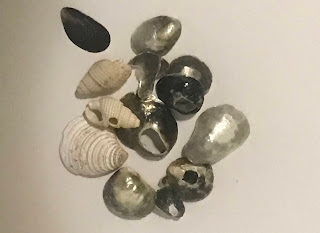 My main reading companion over the past two months of the pandemic has been Sobre Héroes y Tumbas (On Heroes and Tombs) by Ernesto Sabato. I thought I’d take the plunge despite knowing in advance that it’s a dark read, which may not be that suitable - or maybe too suitable - for these times of global pandemic and economic downturn.
I say companion in the fullest sense of the word. Good books infuse themselves with whatever’s going on in your life and thoughts as you read them – like a constant conversation between the two, tapping into the essence of being human, transcending the distance of time and place that might separate reader from book even while reminding us that place and time (infinite, finite) are in fact two of the elements that define our shared experience and therefore unite us.
The book takes place, mostly, in early 1950s Buenos Aires, a moment of transition and of deep divisions between the old and the new. There’s hope (some) and despair (a lot), and uncertainty about what’s to come. In other words, strong resonance with the period we’re living through now. The sense of transition plays out in the Buenos Aires seasons as well, as Summer slips into fall, just as is happening now in New York albeit at a different point in the calendar year.
About half way through:
“Fueron tiempos de tristeza meditativa [para Martin]: todavía no habían llegado los días de caótica y tenebrosa tristeza. Parecía el animo adecuado a aquel otoño de Buenos Aires, otoño no solo de hojas secas y de cielos grises y de lloviznas sino también de desconcierto, de neblinoso descontento. Todos estaban recelosos de todos, las gentes hablaban lenguajes diferentes, los corazones no latían al mismo tiempo…: había dos naciones en el mismo país, y esas naciones eran mortales enemigas, se observan torvamente, estaban resentidas entre si.”
“Those were times of meditative sadness [for Martin]: the days of chaotic and dark sadness had not yet arrived. It seemed the right mood for that Autumn in Buenos Aires, an Autumn not only of dry leaves and gray skies and drizzle but also of confusion, of foggy discontent. Everyone was suspicious of everyone, people spoke different languages, hearts did not beat at the same time ...: there were two nations in the same country [!!], and those nations were mortal enemies, they watched each other grimly, they resented each other."
At the centre of the novel is the relationship between Alejandra, her spirit broken by past and present members of her aristocratic family – including her deeply disturbed father Fernando whose raging, rambling “Essay on the Blind” sits like a gaping fissure in the middle of the book – and the young, almost penniless (particularly after losing his job at a printing press) Martin, who is trying to find his way in life and the world, and in the same vein trying to find his way to understanding Alejandra, all the while recognizing that that there is an irreconcilable distance between them. That’s one of the many strands of the book’s beauty and tragedy, recognizing that people need each other in order to find their reason for being and yet can never know one another fully: the book rises and falls between closeness and apartness.
Bruno, the friend-narrator who guides us through the novel, reinforces that yearning for closeness after a night-time scene when he’s been looking out from a parapet across Buenos Aires, and all meaning seems to start crumbling away. Then he encounters a street dog. The dog is hungry, anxious for love. Bruno gives him some food and carries him to a sheltered space to keep warm, and something “enigmatic but powerful” seems to bring meaning back to Bruno’s own existence.
Sabato-Bruno-narrator wonders at points throughout the novel about language, writing and what they are in relation to life (this is an Argentinean literary tome after all). In the midst of the fragile World when all’s in flux, at least, he says, the act of writing makes it possible to hold things still.

“The seagulls came and went.
Everything was so fragile, so transitory. To write at least for that, to eternalize something passing.”
And there’s the challenge of trying to convey life and its complexity through the lives of individuals, but he comes to conclude that that is the only way.
“La verdad, se decía, sonriendo con ironía. La verdad. Bueno, digamos: Una verdad, ¿pero no era una verdad la verdad? ¿No se alcanzaba ‘la’ verdad profundizando en un solo corazón? ¿No eran al fin idénticos todos los corazones?”
“The truth, he told himself, smiling ironically. The truth. Well, let’s say: A truth, but wasn’t a truth the truth? Don’t we reach ‘the’ truth by going deep into a single heart? At the end of day aren’t all hearts the same?”
At one point (I’ve lost now where I underlined it) he shares the idea that our lives are lived as drafts, as a “borrador”, until they are over.
Throughout the book, moments that may have seemed small or meaningless at the time they happened have weight in retrospect, like there’s a conversation going back and forth over time. I had that feeling, vividly, on the beach at Long Branch New Jersey at the beginning of September, on a surprise trip there that C organized for us. JNH, CMH and I were combing the sand for shells. We were on a patch scattered with mussel shells, tiny crab exoskeletons and the occasional cowrie, with the waves crashing beside us. I was immediately connected back to the times as a child, and young adult too, walking beaches with Mum looking for shells, both of us quiet, heads down, picking up little pieces of beauty when we spotted them. Those moments with her and with the boys now felt so complete given the connection between them, meaningful in a way that doesn’t need any explanation. I brought a little handful of shells (but not crab exoskeletons) home to keep on my chest of drawers.
Posted by Annabel S at 12:30 PM