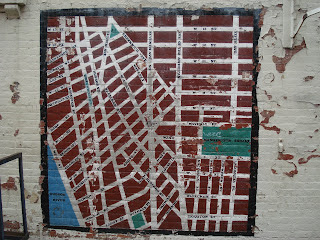 Café Tacci’s changed venue – ostensibly while the Waverley Place location's renovated, though according to the word from the regulars the shift’s for a dangerously undefined period of time. A bunch of us went last Friday. Thankfully the atmosphere’s still the same, even though the new place - Papillon on E. 54th - “is French”, Leopoldo the Italian matire-d confessed to me with more than a trace of shame.