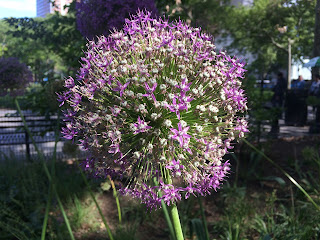 When I shared some photos of alliums in Battery Park on Facebook a friend wrote that they are “improbable.”

That’s absolutely right. They are large balls of thousands of purple flowers, like fireworks frozen at their moment of maximum burst. They balance stably – improbably - on a tall stem that doesn’t wobble.

Often before work I walk around Battery Park. During the weeks after Mum died the alliums were out in bloom, clustered like sentinels alongside the pathways. In a lovely cross-continental connection, when I arrived at their house in London, there was an allium in a vase in the middle of the kitchen table.

Each of those flowers say so many things. “Stop, and marvel”, being one. And “anything’s possible.”

I have planted six allium bulbs in our garden. They’re currently lying out of sight beneath the ground (and today, beneath a layer of snow too). Let’s see if they emerge in the Spring. I’ve tried tulips, hyacinth and crocus too; hedging my bets. 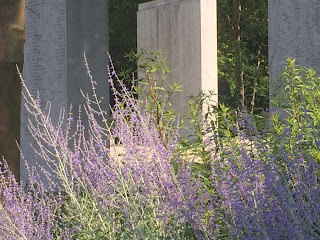 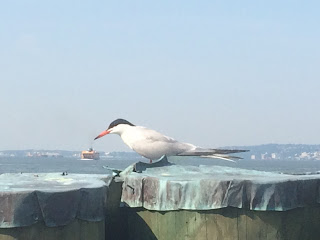 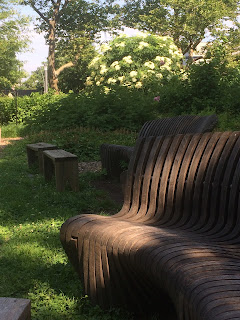