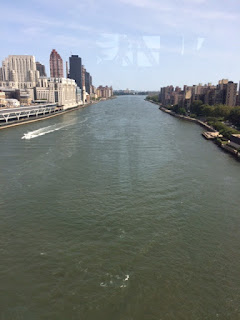 There’s a certain ruthlessness with the way that children talk about and apparently accept death. On the day that Mum died, I went over in my head what it would be like to tell the kids when we brought them back from school (we had managed to walk them to school just after I heard the news, as I needed the day to start absorbing it myself first). I imagined something like a grown up reaction; of us all sitting on the step at the back of the house, and both of them starting to cry, and holding them close. Instead, JNH said “I knew you were upset about something like that this morning.” CMH stayed quiet. Then they went back to playing.

A bit later, they said that “Gaggie and Popo’s house will just be Popo’s house now.” And when we all arrived there together the week of the funeral they went bounding into the house and out to the garden just like on our Summer visits, as if nothing was different, as if there wasn’t a glaring absence.

But it’s only “apparently accept” of course. Instead, they just have their own ways of responding, ways that are uniquely those of a child and that keep us surprised. One evening Dad was babysitting for them with my friend G. Apparently CMH came downstairs in his pajamas, took a framed photograph of all us from back in January, the last time Mum came to visit us in NYC. He sat silently at the table looking at it for a while, before going back upstairs. This weekend, we rode the Roosevelt Island cable car for the first time, and as we soared up above East River exclaiming at the view, CMH said: “There’s just one thing missing: Gaggie.”

Mum died just nine days after her Seventieth birthday, so for a while in their house there were birthday cards and big helium “70” balloons alongside a rapidly growing sea of condolence cards. When we all arrived as a family – that time the kids bounded into the garden – Dad decided it was time we got rid of the balloons, but we didn’t want to burst them. So we let them off into the sky. All three of them floated fast up to the right of the house. JMH said: “They are going to see Gaggie.”