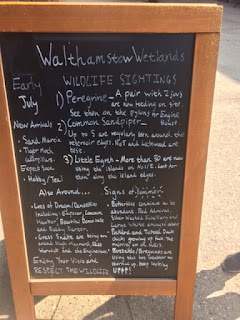 Our Summer visit to the UK had a few what I’ll call “delightful interludes” – unpredictable moments with meaning. All were against a backdrop of a country that’s turning increasingly inwards, an island beginning to cave under the weight of stagnating Brexit talks and a Summer heatwave that its people and infrastructure are not ready for.

One of these was right in the middle of the big field in Wimbledon Park, where we started flagging with the heat on our walk home and plonked ourselves down on the parched ground to rest: C, the boys, and I. I flapped open a very faded pink and green Wimbledon Championships towel, and blades of dried-yellow grass picked up earlier in the day at the playground flew out in the hot wind. C and JNH worked on lines of a song, C typing them into his phone. I read a page or two of my book (on which more below) while CMH wandered about with his shirt off after being slathered in Sun cream. Half-reading half-day-dreaming I remembered when, aged seven, I’d been so impressed by my grandfather when he told a group of teenage boys to stop whacking conkers off one of the horse chestnut trees on the edge of the field.

Another was in the Foyles bookstore at Waterloo Station. C wanted to get himself a new book to read. We all went in and spent a while browsing and choosing a book each – that familiar yet now so rare experience of wandering among shelves stacked with untouched pages, overwhelmed by choice, not sure of what exactly the “right” find will be but knowing we’ll recognize it when we see it, and open to possibilities.

I landed on Will Ashon’s “Strange Labyrinth.” I had gravitated to a shelf of books about London and decided I was searching for something psychogeography-ish based there: I’m always drawn to walker-writer books albeit finding it frustrating they are invariably written by men. The subtitle is “Outlaws, poets, mystics, murderers and a coward in London’s Great Forest.” The coward refers to Ashon as he wanders Epping Forest, on the boundary of East London and Essex. There was an appealing symmetry in the fact that the second chapter was called “Bomb Crater Pond, Walthamstow Marshes” while the following day I planned to take the kids to a new wetlands center by those very marshes.

The wetlands turned out to be a string of Thames Water reservoirs recently opened to the public after being inaccessible for many years. Our wildlife sightings - unlike the promising list on a blackboard by the entrance - were limited to geese, cormorants and hundreds of large spiders with impressive webs across some iron railings. Apparently peregrine falcons had their nests on nearby electricity pylons but we didn’t spot them. Like wandering a bookstore though, the pleasure was in not knowing what the exploration would yield.