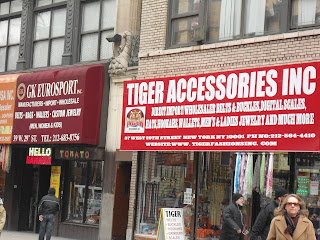 I just finished reading Ladies & Gentlemen, the Bronx is Burning, by journalist Jonathan Mahler. C had recommended it to me, prompted by the death of former NYC mayor Ed Koch who features in the book. He pulled his hardback copy off the shelf and said “I think you’ll like this.” He knows I like reading books about NYC and enjoyed it himself. And it has added significance for him, as it recounts an era in the city’s life – 1977 –when he was a five year-old growing up in Washington Heights, just old enough to have some isolated memories. (It also happens to be the year in which I was born, in London).

When the September 11, 2001 attacks happened, Mahler was in the middle of researching the looting and arson that flared during the power-failure in July 1977, when the whole city was plunged into darkness. He acknowledges the events were not on the same scale – an act of terror that killed thousands, and a powercut. But he says, “both were extraordinarily trying moments for the city, and I couldn’t help pondering how different New York felt in their respective wakes.” After 9/11, “there was a sense that our tallest towers had been felled but that our foundation was more secure than ever.” After the 1977 blackout, “New York had felt shaken to its core, and America had been anything but sympathetic.”

1977 was a transformative year for the city, too. Disintegration was accompanied by rehabilitation. The book weaves the seemingly disparate stories of the mayoral race involving Bella Abzug, Abe Beame, Mario Cuomo and the ultimately victorious Ed Koch, the tabloid wars between the New York Daily News and the New York Post (plus Murdoch’s Murdoch-ization of the latter), the search for the serial killer Son of Sam, the blackout, and the infighting within the New York Yankees, who went on to win the World Series at the end of the year. Mahler originally intended the Yankees to be the subject of the book but the city soon took the foreground.

Bushwick in Brooklyn was the area worst hit by the looting. Instead of conveying the chaos and moving on, Mahler stops to trace the neighborhood’s trajectory over the preceding twenty years to look for the reasons why. And when it comes to describing the arson fires in Bushwick, which had begun in 1969, he explains why the design of the buildings made them prone to fire and the way the fire teams had to tackle them. The often wooden buildings, with air shafts over their stairwells, were connected by attic spaces that made is easy for the fire to spread from one building to the next. Fire fighters would poke holes in the roof of a burning building to try to lure the flames upwards. Either they climbed through smoke and flames to do that from the inside, or hung from a ladder outside, “right in the line of fire the instant the flames started licking toward the sky.”

Another nugget I’ll share here. It's a description of a typical New Yorker. During the police search for Son of Sam, Rupert Murdoch put one of his strongest reporters, fellow Australian Steve Dunleavy, on the story (he was determined not to be outdone by Jimmy Breslin at the Daily News, who at one point received a personal letter from the killer). The book mentions that Mario Cuomo described Dunleavy later in a profile as a real New Yorker (aside from his right-wing politics): “he’s feisty, he’s resilient, he’s self-made, he stands up for what he believes in, and he can even, on occasion, be charming.” That description fits so many New Yorkers, including Ed Koch.

The Bronx is Burning is such a great read not just because of Mahler’s meticulous reporting combined with pacy storytelling skills, though they are critical, but also because he hit upon such a rich and compelling subject. Disparate narrative subjects are linked effortlessly by a single theme, that of a city at a turning point. For me the book is a reminder that it is only by slowing down to that extent – for example by telling the story of one year in a life of a city in such meticulous detail – that you can ever begin to get to the heart of things.

A story that should be told in that level of detail but I doubt ever will be is that of brothers Toor Jan, 11, and Andul Wodood, 12. In Feburary they were out collecting firewood with their donkeys in Oruzgan Province, Afghanistan, when they were killed by gunfire from a NATO helicopter. The donkeys were killed too. The new US commander in Afghanistan, General Dunford, said the killings were an accident and apologized. Which of course he should, but I doubt any apology could ever be enough for the parents of those boys.

There’s something disconcerting about the endless flick between twitter accounts, hit of send and receive buttons or scrolls down Facebook pages. It is a search for affirmation. As if that flick or hit or scroll will turn up something wonderful, something that recognizes that you, yes you, are the best being on the planet but no, of course that ever happens, so we just set ourselves up for a series of disappointments by searching cyberspace that way, it’s all a bit ridiculous, but still we do it.

Fast-forward fifty years and most of us will have stopped looking at the physical world and at each other.

Talking of things that we still do anyway, about once a week I get a coffee on my way to work from Stumptown Coffee in the Ace Hotel on the corner of 29th Street and Broadway. This article gives a great portrait of the two economies at work in the neighborhood. One is that of cheap wholesale goods. “Rhinestones and ribbons” one storefront reads, and another, “Tiger Accessories”, which when I passed the other morning triggered an entertaining procession of accessorized tigers through my mind. The other is the world of hip, rich, international technoscenti, drawn by the Ace Hotel that opened in 2009. Stumptown Coffee epitomizes the latter. The coffee is roasted in Red Hook, Brooklyn. The servers are clad in hipster-meets-nineteen-forties attire. They wear chic shades of brown, accompanied by thick rimmed glasses and wide brimmed hats. In the mornings there is always a queue out the door and into the hotel lobby. The coffee is great but also pricey, like $4.50 for a latte. And yet still I go.